Getting to Know the Wildlife of Telluride Colorado 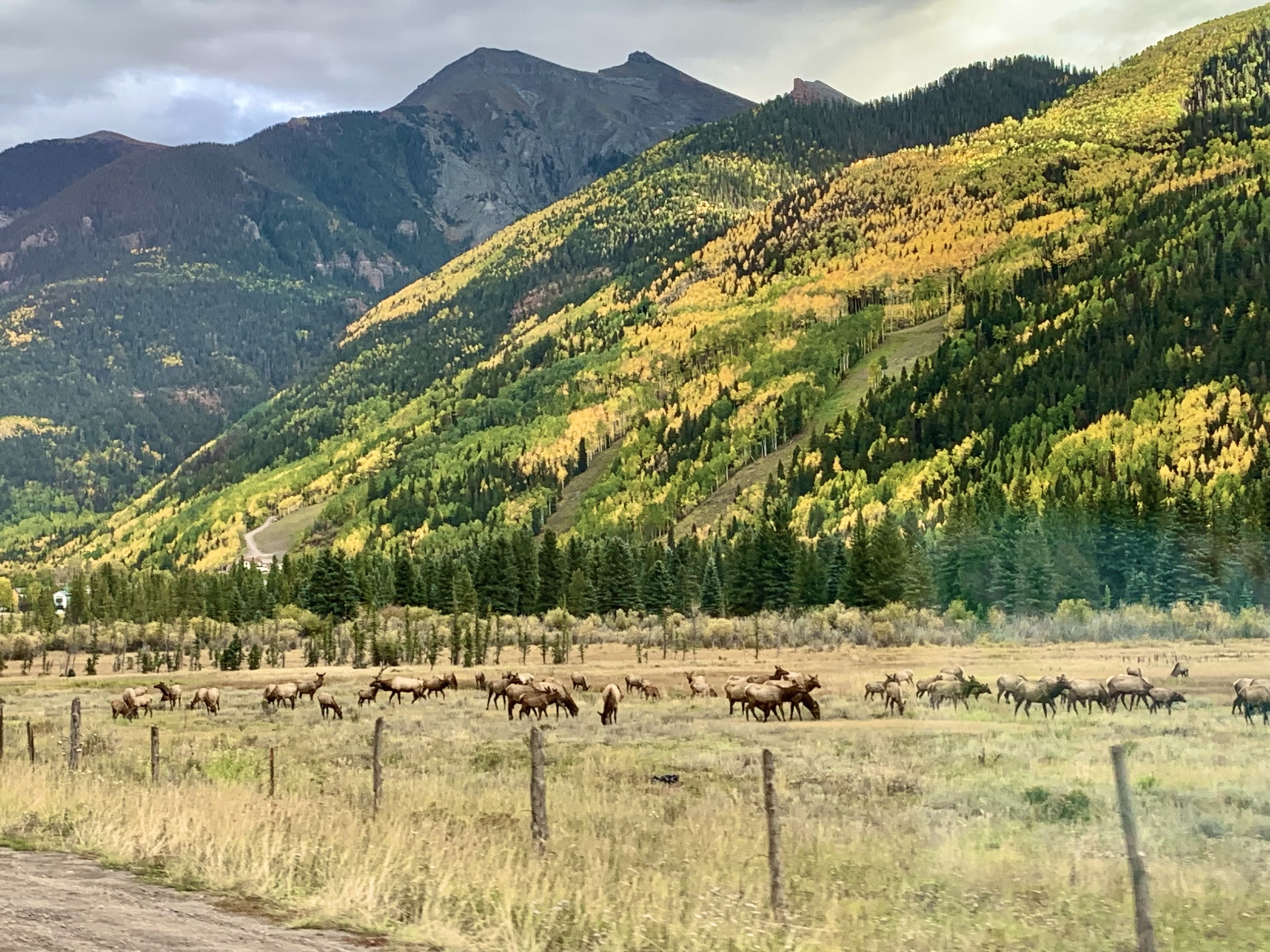 So, if you are a lover of wildlife and are planning a trip to this picturesque town, it’s a good idea to be aware of the different birds and animals you can spot here. Read on to know more about  Telluride’s wildlife and where to find them!

When it comes to Telluride animals, the black bear is undoubtedly going to be first on the list! The largest mammal found in Colorado, these animals are so common in Telluride that one of the most popular hiking trails in town, the Bear Creek Trail, is named after them. The color of their coats often vary, ranging from black to different shades of brown and blond.

They are omnivorous animals with their diet varying according to the seasonal availability of food. When possible, they prefer to feed largely on vegetation, supplementing it with insects and small animals.

Highly intelligent and very curious, these animals can sometimes be seen roaming around town during the summer months. Follow local protocol to keep your house, campsite and trash bear proof; it’s important to encourage bears to stay in their own habitats—and out of ours. If you do encounter a bear, practice good bear safety. Stand still, stay calm and let the bear observe you and leave. Talk in a normal tone of voice and face the bear while slowly backing away. Be sure the bear always has an escape route. If the bear approaches, stand your ground and make yourself bigger. Yell or throw small rocks in the direction of the bear, and if you are attacked, don’t play dead and always fight back.

Mountain lions are one of the wildest animals to inhabit the mountains and forest in and around Telluride. Naturally shy in nature, these animals usually tend to stay away from areas inhabited by humans, making sightings quite rare. They are nocturnal hunters who mainly prey on deer and other smaller animals. Young mountain lions usually stay with their mother until they are around 15 months of age, although they have been observed to stay together for as long as 26 months.

To stay safe in mountain lion country, it’s best to not jog or bike alone. Don’t be shy about making plenty of noise as you hike and awe over the views; it’s best the mountain lions know you’re there so they’re not surprised.

Elusive and independent creatures, mountain lions are generally uninterested in humans and will try to avoid you. If you do come across a mountain lion, stay calm and follow recommended protocol. Do not ever approach a mountain lion, stop and back away slowly; don’t make any hasty movements as these may trigger a lion’s instinct to pursue. Speak in a strong voice, maintain eye contact and do everything you can to appear larger. If the lion becomes aggressive, throw whatever you can at it while continuing to face it head on. Your goal is to persuade the lion that you are not prey and might actually be a danger. If attacked, fight back and stay on your feet as much as you can.

One of the largest species of deer in North America, elk are pretty common in Telluride, often sighted grazing in herds. These animals are quite vocal, often making loud bellowing noises to attract mates or intimidate competitors. Male elk have huge antlers that get covered with a velvety layer of skin during winters.

If you want to enjoy observing herds of elk, head to the Telluride Valley Floor, which is one of the best hikes to see animals in Telluride. Here you can enjoy lovely views of grazing elk and capture some amazing photographs too. If you play golf you might end up having a to pause your round for a moment on Telluride’s majestic golf course to let some elk pass by!

Telluride is home to large populations of beavers, the largest rodents found in North America. They are herbivorous animals with large, continuously growing teeth that require constant trimming. These semi-aquatic creatures are capable of building watertight dams using sticks, branches and mud, which can massively impact the ecosystem of the area.

In Telluride you can spot these furry animals around the San Miguel River, building their little dome-shaped homes and dams across the bubbling streams.

Telluride holds numerous attractions for bird watchers and photographers too. The majestic peregrine falcon, for instance, can be often spotted soaring high in the skies looking for its next prey. The largest falcon in North America, these powerful predatory birds tend to capture smaller birds in flight by swooping down on them from above.

Head to the San Miguel River South Fork Preserve to spot a variety of birds, including the peregrine falcon. Popularly known as a birder’s paradise, it has some of the best spots to see Telluride wildlife.

So, if you were wondering where and how to see animals in Telluride, we hope you now know exactly where you need to be! And the best part, no matter which time of the year you visit you are sure to be greeted by sightings of some amazing local animals to make your trip that much more memorable. Don’t believe us? Pay a visit to this alluring town and find out for yourself! While adventuring, remember to practice safe wildlife protocols and respect the animals and their environments. We all share this fabulous nature, so we must treat it with the care and reverence it deserves.

Please enter your username or email address. You will receive a link to create a new password via email.